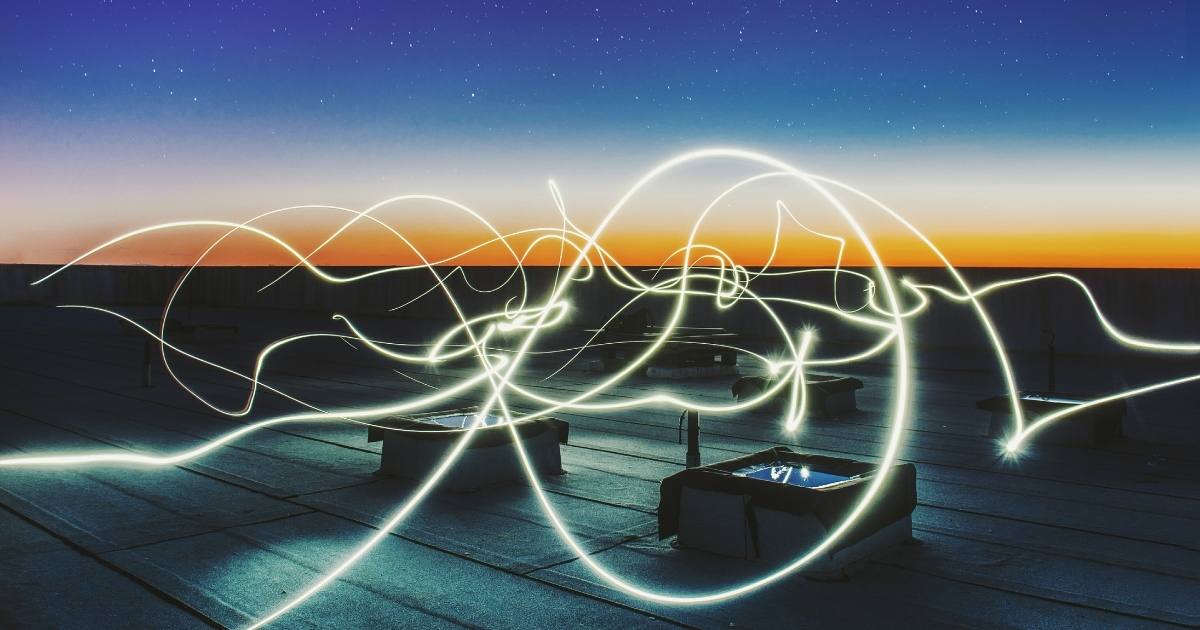 LoRaWAN is a promising standard for the wireless technology of the future in the Internet of Things (IoT). It is capable of covering large geographical areas even in a supra-regional network based on a battery-powered wireless system.

What is LoRaWAN? - a network standard for the future

In connection with the term LoRaWAN, different aspects are often mixed up, which are to be separated from the factual basis. Here are the terms:

First of all, the term LoRa means "Long Range". This means the possibility of data communication with a very low power consumption over a wide range. The transmission of radio signals takes place by means of a microchip in multi-symbol format, with which the information to be transmitted is encoded.

LoRa end devices specially developed for this purpose can send information packets wirelessly with low energy consumption via a network set up for this purpose. This makes it possible to support state-of-the-art Internet of Things applications that were not possible using conventional standards.

LoRa technology is applicable in many environments and can be used flexibly at the same time.

These areas include, for example:

The term LoRaWAN defines the system architecture of the modern network and is the standard communication protocol for the transmission of data. These important factors are significantly influenced by the future-oriented standard:

LoRaWAN is a pioneering development in the field of data transmission. The standard fills the technological gap of the previous mobile radio standards Wi-Fi and networks based on Bluetooth Low Energy.

The old technologies either require large power and high bandwidth or can only have limited bandwidth and are unable to penetrate solid masonry indoors.

Just like the well-known Wi-Fi standard, the new system works in areas that are not licensed. It supports applications from indoor terminals to the respective server. At the same time, the use of the system is also considered very secure for outdoor applications.

This new standard is flexible, efficient and cost-effective, and a good complement to cellular networks and Wi-Fi.

Measuring radio systems – how well does LoRaWAN work in practice?

The transmission power of information over the LoRaWAN network is limited by the use of certain bandwidths. The frequency bands for transmissions are 433 MHz, 868 MHz, and 915 MHz.

Only by improving the sensitivity at the receiver of the data packets is it possible for data sent with LoRa devices to obtain a greater radio range than the systems used to date. Another advantage of the future-oriented standard is the improved possibilities for encrypting and decoding individual telegrams.

LoRaWAN is able to receive useful signals up to a frequency of 20 dB below the noise level. This means that even messages that cause problems with conventional systems can still be sent and received securely.

This means a great advantage in terms of robustness in the event of possible radio interference.

Due to the stability of the network, it is possible that the radio range with LoRa operated devices increases by up to four times. At the same time, this advantage means that the lower range required also significantly reduces the energy consumption of the network.

LoRa and LoRaWAN are therefore an intelligent alternative to the previously known network systems, especially for regional radio networks, for example in the smart office.

Here, existing network solutions can be optimized or completely replaced. Because the signals are almost interference-free and encrypted with secure technology, they are particularly suitable in the sensitive area of successfully operating companies.

Data transmission in LoRaWAN is absolutely secure. Data is encrypted using AES encryption between the sensor and the application server. A third party can neither activate a sensor nor access the data because he does not know the key.

Intelligently networked with LoRa and LoRaWAN – how do you build your own wireless network?

It is quite easy to build your own wireless network under the standard of the future, as LoRa is an open, non-profit system of the LoRa Alliance. Only the chip technology required to transmit data packets is provided by Semtech.

At the end of the network are the end devices that work on the basis of LoRa. These include, for example:

Gateways are installed in the immediate vicinity of the end devices, which receive the data packets from the sensors and measuring devices. Now it is the task of the individual gateways to forward the received information to the associated network server. The data between a gateway and a network server is transmitted via HTTPS or VPN.

The server's task is to select the best gateway for the downlink message and to make the data available to the associated applications. In addition, redundant information of the individual gateways of the network is filtered out and removed, which can occur during the transmission of multiple information packets.

To ensure the greatest possible security in the system, the telegrams of the terminal devices are sent in encrypted form.

Information given by the server to the nodes is then simultaneously sent back in encrypted form.

The way the system works is based on the fact that the network node simultaneously sends its information to all gateways in its own network. As soon as only one gateway receives the complete information, the server's telegram is considered to have been sent successfully. In this way, information can be transmitted well despite a weak connection. If the gateway responds to a telegram from the server, the communication has been successfully transmitted.

LoRa and LoRaWAN are a forward-looking standard for professional and intelligent applications related to the Internet of Things. The network standard is based on an open and non-profit system of the LoRa Alliance, which is permanently being further developed.

The network system is flexible and can be used very well in companies. It convinces through secure wireless data transmission and high quality of service through a largely interference-free transmission of encrypted messages.

In addition, the network standard of the future requires less energy consumption and thus contributes to protecting the environment. Solutions based on LoRa and LoraWAN can also be found in the products for improving room quality from AIRICA.

What is the cost of bad indoor air quality?

Companies invest in impressively designed workplaces, yet little attention is paid to the air quality in these workspaces. So we asked ourselves: is there even a...

Efficiency in facility management thanks to intelligent rooms

Indoor air quality is one of the main tasks for health-conscious facility management. With intelligent solutions, you create perfect conditions for efficient working and...